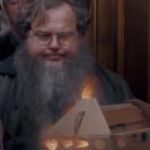 If you need help, and there are no local admins here, you may want to visit the forums on the Community Central Wiki. Looking for live help? Then join us for an upcoming webinar to chat with staff and other Wikia editors. You can also check our Staff blog to keep up-to-date with the latest news and events around Wikia.

Okay, thanks. According to the history I've been editing a week, so I'll go and ask tomorrow to adopt this place; with any luck, by Hallowe'en all the policies will be nice and organized. Do you want to help make some of them, since they'll pretty much be the same as on the Harry Potter Wiki with only a few changes? Hunniebunn (talk) 01:28, September 30, 2012 (UTC)

Hopefully you don't mind the colours (and font for the Potterpedia at the top). And I don't know exactly how, but it seems the Message Walls have been disabled. It says "enabled" at the admin dashboard, and when I click on it it asks if I want to disable it, yet I can't seem to access the walls. Oh well, the talk pages are better, in my opinion. --Hunniebunn (talk) 21:24, October 15, 2012 (UTC)

O. k., I have neither a problem with the message wall nor have I with the talk pages. The question is for me how it could be done when we decide to archive the messages and turn back to the talk pages - and what is with comments to the articles? I saw at least one comment of Hunnie Bunn to an article in the "Recent changes". This is lost, too, when turning back the message walls to talk pages or it has to be written on the talk page of the relevant article. So what is to do? What do you think? What does Hunnie Bunn think?  Harry granger   Talk   contribs 17:36, October 26, 2012 (UTC)

O. k., when I understand right you will paste the copied messages as normal messages on the talk pages? There is no problem I would say. When the message walls were enabled the comment function was, too. Go to "Recent changes" at 25 October, there you can see article comments, one of Hunnie Bunn and one of Mira84. If there are more I don't know for now.  Harry granger   Talk   contribs 20:22, October 26, 2012 (UTC)

I, too, am amenable to that - you're right that if we need to view a comment on them for whatever reason they can be temporarily re-enabled, and honestly, it can't hurt to forget the past and step forward. Meaning that in my opinion we needn't worry about them. --Hunniebunn 23:12, October 26, 2012 (UTC)

Yes, I am too. And whilst we're conversing, do you agree that one bureaucrat for every three to five people is a good statistic, or would that be too few/too many? --Hunniebunn 23:47, October 26, 2012 (UTC)

The thing with that is, we'll end up with hundred or so bureaucrats and millions of admins, because everyone who makes good, quality edits is worthy of administrator status, or else even bureaucrat status. --Hunniebunn 00:51, October 27, 2012 (UTC)

Hello again. First of all, I figured I'd remind you that quotes from the films aren't allowed here; books/Pottermore only, please. Secondly, I wondered if you could please take a look at this topic here, which has been open for a while. Thanks. --Hunniebunn (talk) 01:07, October 28, 2012 (UTC)

Oh, oh, I fear we will see Hunnie Bunn only a few times here after that what he wrote to me on Potter Dictionary Wiki, so I ask me what will you do? Staying here and going forward or giving up. That I think would be a pity. I can't do it alone.  Harry granger   Talk   contribs 22:12, October 29, 2012 (UTC)

Ah, that's good. Here is the link to the suggestions: Forum:Suggestions for Badges. Which post on the Harry Potter Wiki do you mean - your admin status?  Harry granger   Talk   contribs 08:20, October 30, 2012 (UTC)

Sorry to say, but the current logo seems a bit outdated. And I'm afraid I don't know how to transfer the one from the main talk page to the wordmark thing - it says I have to upload it from my computer. In that case, it seems you'll have to do it. Hopefully I'm not bothering you. Thanks. --Hunniebunn (Talk) 00:14, November 3, 2012 (UTC)

Ah, I've heard from it by british actors who wore that poppy, and Hunnie Bunn is Canadian. In Canada it is obviously known.  Harry granger   Talk   contribs 19:22, November 4, 2012 (UTC)

Yes, that are good news. The most your comeback and saving money, the second is the lightening of the blue. I also find it hard to read depending on the computer I use.  Harry granger   Talk   contribs 16:29, November 6, 2012 (UTC)

OMG, that's very annoying for you. The money for that cable has to be repaid. O. k., you have to spend more money than you wanted. Great pity! But hopefully then it works again.  Harry granger   Talk   contribs 17:44, November 10, 2012 (UTC)

Look at "Notability_policy#What_Isn't_Allowed". The Pottermore thing is not correct anymore or am I wrong?  Harry granger   Talk   contribs 14:30, November 13, 2012 (UTC)

Look at "Notability_policy#What_Isn't_Allowed". The Pottermore thing is not correct anymore or am I wrong? The system makes trouble. I hope it works now.  Harry granger   Talk   contribs 14:44, November 13, 2012 (UTC)

In the Category:Policy I found that: PotterPedia Wiki:Notability policy and there I found the thing about Pottermore.  Harry granger   Talk   contribs 15:29, November 13, 2012 (UTC)

Hello Professor. I'm sending you this message because recently I edited the Potter Dictionary (as can be seen here) to reflect that there's a month left till Christmas. This is because I can't think of any way for a website to celebrate Hanukkah except for putting "Happy Hanukkah" on their main page in big letters. I wondered, since I always considered this to be your wiki, whether you wanted to wait a bit to put up the "X-Mas" decorations, or to wait until a bit closer to. --Hunniebunn (talk) 23:36, November 24, 2012 (UTC)

That's a good choice. I would have changed it back to the original way it was on the Potter Dictionary, but it's already done so... oh well. Two days before I turn thirteen, the lights go up. Do you want to do the wordmark? --Hunniebunn (talk) 00:58, November 25, 2012 (UTC)

Hi, Professor! Do you remember this template? It did not work at the beginning. You changed or added something that it works. Can you tell me what you did? I want to use it on this german Wiki, too, where I am also admin and have the same problems as I had here. Help would be very appreciated.  Harry granger   Talk   contribs 23:30, December 3, 2012 (UTC)

Hi, I only wanted to tell you: Problem is solved. My mistake was that I translated "Special:Mypage" into German and that he did not know. In English he knows. curious.
Harry granger   Talk   contribs 16:08, December 4, 2012 (UTC)

Hi, I have a question. I am also admin in the German Harry-Potter-Lexikon. It's not so new but for a long time there happened nothing, so I have to do a lot. But my question is if this Wiki (we admins) are interested in Interwiki-links between this Wiki and the German Wiki. I am interested, of course, but what do you think?  Harry granger   Talk   contribs 15:42, December 10, 2012 (UTC)

Hi Professor. I figured I'd ask; with spring just a couple of weeks away, should we change the wiki colours to something related to spring? I was thinking shades of gray, maybe? --Hunniebunn (talk) 20:04, February 15, 2013 (UTC)

Flower colours are a good idea and the wordmark colours depend of course on them.
Harry granger   Talk   contribs 20:26, February 15, 2013 (UTC)

Retrieved from "https://potterpedia.fandom.com/wiki/User_talk:ProfessorTofty?oldid=6206"
Community content is available under CC-BY-SA unless otherwise noted.